How to Make Your Workplace More Inclusive for Visually Impaired Employees

Making sure your workplace is inclusive for employees and possible employees who are blind or have low vision can seem like a daunting task. But it’s a lot more simple than it seems - it’s all about changing the culture and the way you think.
By Alexander Hauerslev Jensen, CCO 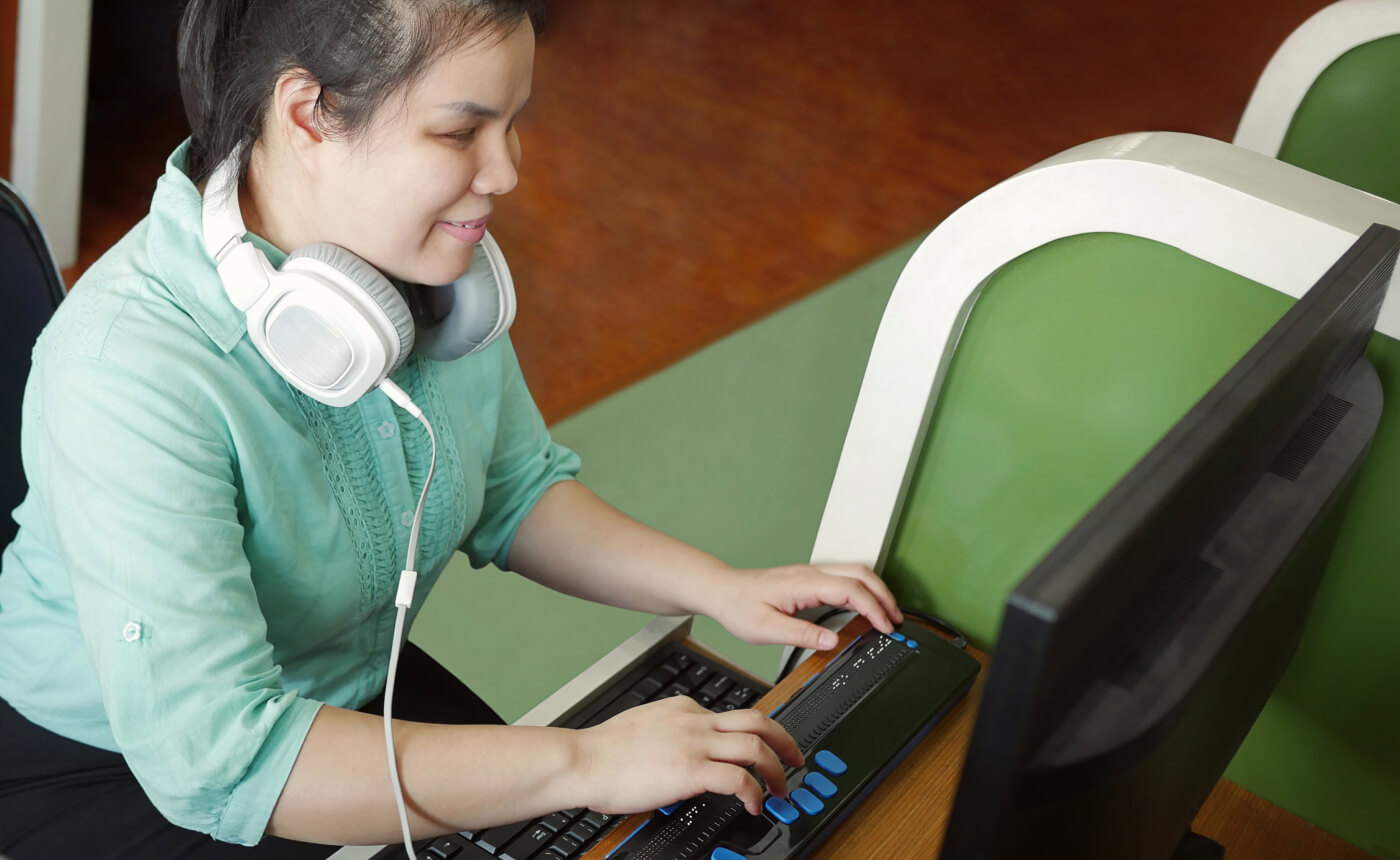 Woman works on a computer with a braille keyboard.

Companies are focusing on diversity and inclusion to create more just, equitable, and effective workplaces that perform better—and it’s working. Diverse teams are smarter and more innovative than groups with similar backgrounds and experience. But while the workplace has become more diverse in terms of race, gender, religion, and sexual orientation, people with disabilities—like blindness or visual impairments—are continually underrepresented.

Daily life for visually impaired individuals has changed considerably thanks to the last four decades of advancement in assistive technologies. And in the last fifteen years, with the dawn of “digital accessibility,” inclusion into mainstream tech has become the new normal. The smartphone was the “biggest assistive aid to come along since Braille was invented in the 1820s” and is enabling blind and low-vision individuals to lead more independent lives. But while time and technology have changed many aspects of life for visually impaired people, some things remain the same. For many, accessing the workforce remains a challenge.

According to the National Federation for the Blind, more than 70% of the country’s four million visually impaired adults are without full-time jobs. While these numbers are more indicative of employer reticence than skill and ability, employers wonder “how will a visually impaired person get the job done, and at what cost?” In reality, 58% of necessary accommodations cost nothing and the rest fall under $500. At Accessibility Partners, a DC-based company which works with organizations to improve accessibility through technology, owner Dana Marlow prioritizes hiring people with disabilities. Marlow tells Workforce it’s not purely about doing the right thing but rather that it “just makes good business sense.”

In an early episode of the Be My Eyes Podcast, “What Blind People Need to Succeed at Work,” we explored this topic in depth with an HR inclusion specialist who specializes in training executives and business leaders in Manila. But hiring visually impaired employees has to be more than just a top-down approach—it needs to be a core piece of workplace culture. What sort of cultural beliefs are you building at your company? Here are some ideas for you to bring to your colleagues:

Hiring visually impaired people is a rich opportunity for company growth because:

Making the workplace more inclusive for blind and low-vision individuals

In addition to the reasonable accommodations the Americans with Disability Act (ADA) requires by law, workplaces can foster an inclusive culture for all by taking these steps.

In some cases, it may seem like there is no accessible solution (for example, the company just spent millions of dollars switching to a new copy machine vendor with inaccessible touch screens and switching back would be an “undue burden” on the company). In those cases, there are tools, including Be My Eyes, that are built to bridge the gap.

Building a diverse and inclusive workplace can feel like a complex endeavor. But increasing the diversity of your workforce by hiring people with blindness or low vision is not as challenging as you think. What’s more, the opportunity for organizational growth may be richer than you expect.