Blog
Enjoy Your Hobbies with Be My Eyes

Enjoy Your Hobbies with Be My Eyes

From gardening to organizing your record collection or playing video games - no matter what your hobby is, it should be relaxing and easy to enjoy. Be My Eyes helps you do just that. 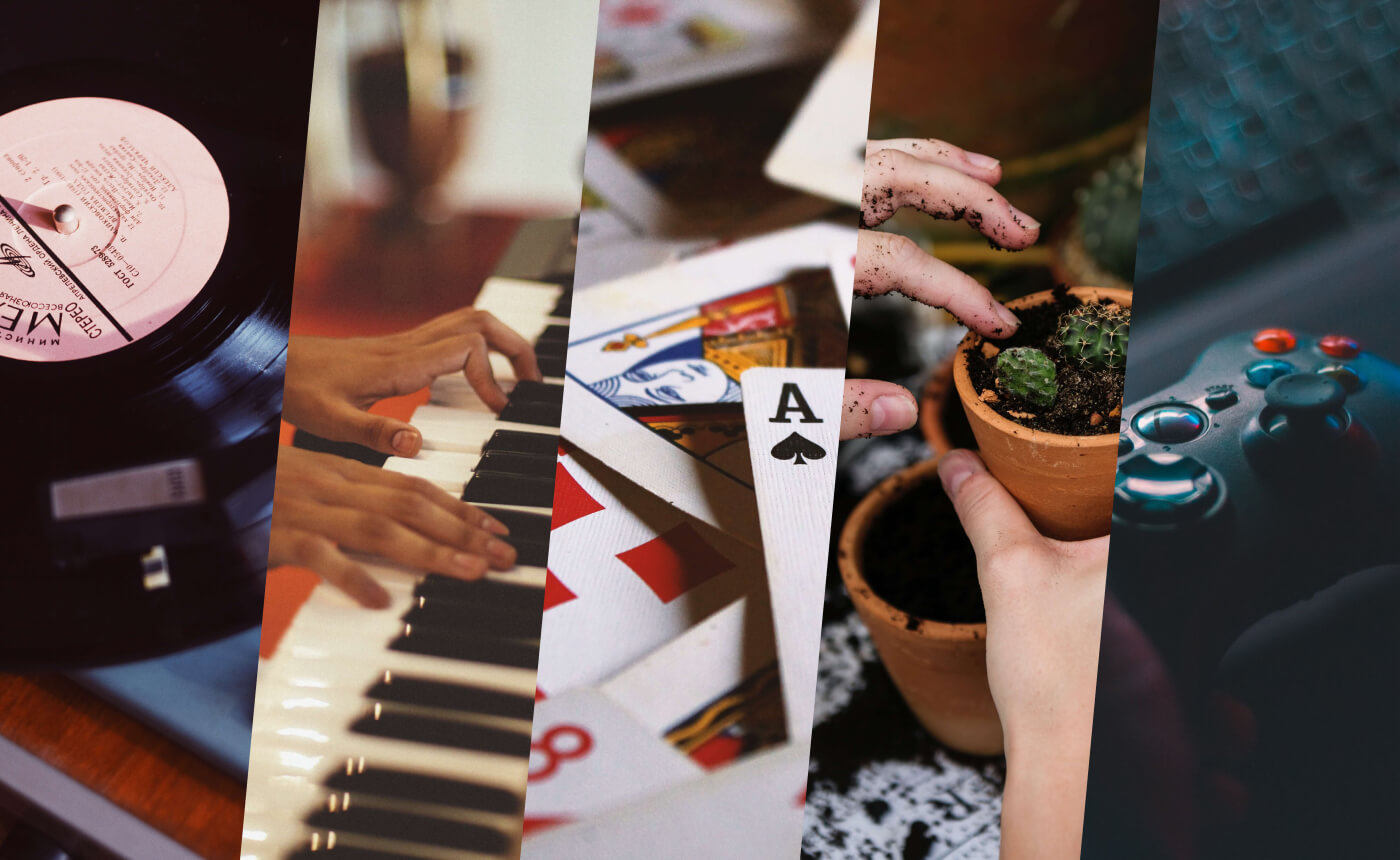 Image split into five; a vinyl record, someone playing the piano, playing cards, planting, and a gaming console.

Free time is the best time. Hobbies and doing what you love are important, but sight loss might require you to relearn your way around things or maybe it makes enjoying your hobby a bit more complicated. Hobbies should be easy and relaxing, and Be My Eyes wants to keep them that way.

Take David from Wisconsin for example. David enjoys collecting vinyl records. But with such a big collection he has to stay organized to keep track of all his records. David puts braille labels on each album so that he is able to recognize every single one of them. But before putting the labels on, he wants to be certain that he’s labeling the correct one. David could wait until a sighted person is around to give him a hand but says he prefers using Be My Eyes, so that he can do what he likes, when he likes.

Amir from Iran enjoys playing on his digital piano in his spare time. He wanted to record a piece of music on the piano, but could not remember the exact location of the ‘record’ button. A Be My Eyes volunteer kindly read out the names and placement of all buttons, so it was easier for Amir to find the exact button he was looking for and get a better idea of the layout of the piano. The efficiency impressed him most, “I was surprised that a task that could have required 30 minutes on my side just took 2 minutes to complete”, he says.

Gardening isn’t out of Be My Eyes’ reach either. Julia from Florida spends much of her free time outside in her garden. When she needed to check if any bugs were on her plants, she popped open Be My Eyes. The volunteer she spoke with confirmed that it wasn’t bugs, but just dirt, to Julia’s relief.

Norbert from Switzerland loves spending his time playing board games or card games and making them accessible for blind and low-vision people. Norbert once got a new card game that he wanted to make accessible by putting braille labels on the cards. The task itself was simple enough, as the cards were placed in order. However, sometimes Norbert would forget which way he turned the card, and a Be My Eyes volunteer would help him place the label on the right side of the card.

Michael from Athens, Georgia, has always loved to game, but when he lost his sight he thought he had to give up his favorite hobby. However, Michael discovered accessible games, and he now uses an X-box with an inbuilt screen reader, which makes it possible for him to still enjoy gaming. The screen reader, however, does not read the in-game menus, which can make it a bit tricky to navigate for Michael. That’s where Be My Eyes comes in helpful. Be My Eyes volunteers not only help Michael read out the menus, but can also tell him where the cursor is located, so he can navigate the menus with ease!

Whatever you enjoy as your hobby, let Be My Eyes keep it simple, so you can focus on having a good time.