Are Educational Institutions Educated about Accessibility?

From applications to attending classes, college accessibility has a long way to go – and the rise of remote learning is making it more challenging than ever. 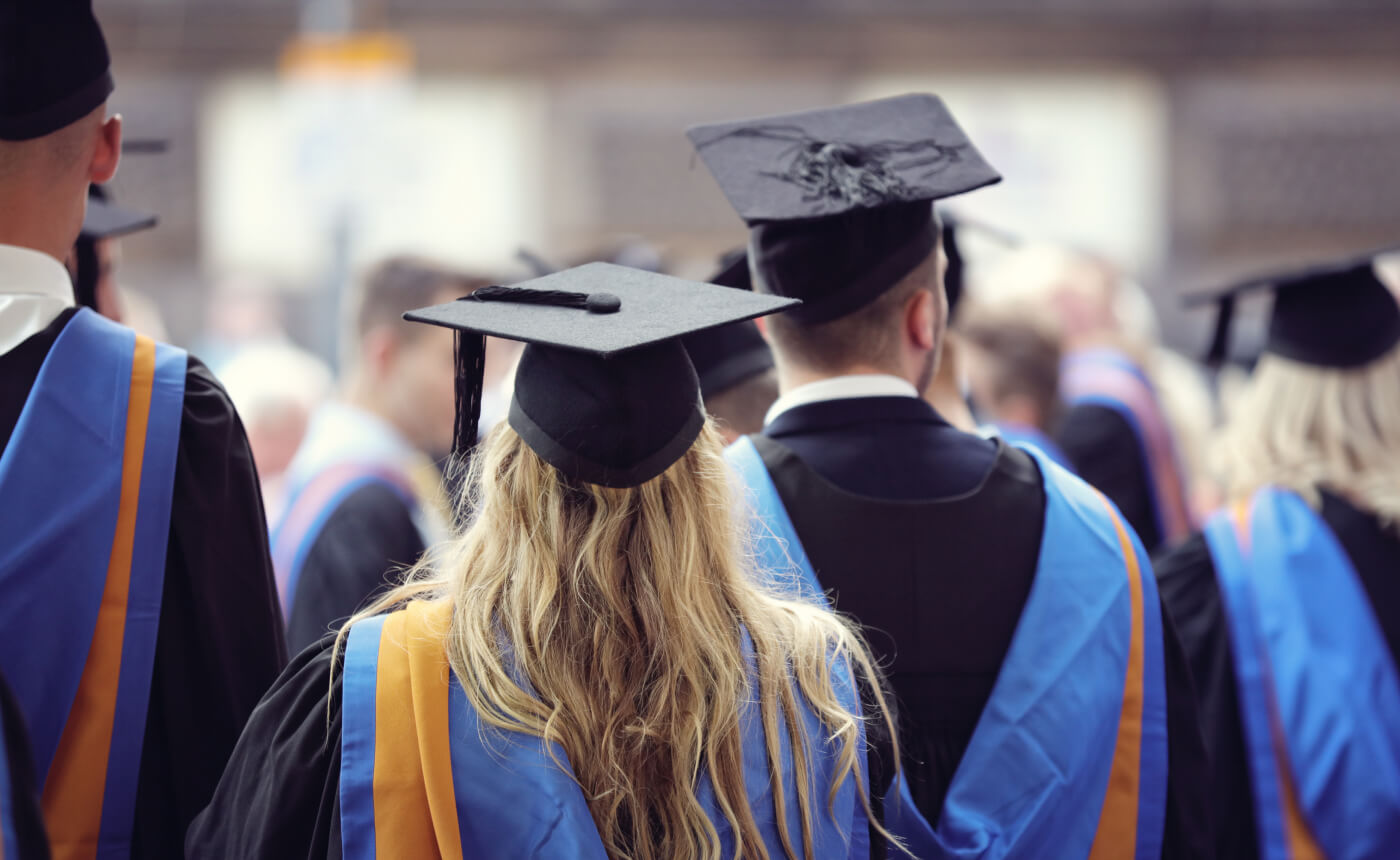 Students in graduation hats and robes

This week, it has been 30 years since the implementation of the ADA, and on June 27th we celebrated the achievements of one of the most influential activists not only in the deafblind community but in modern society in general, Helen Keller. Not only was she an avid disabled rights activist, but she was also the first deafblind individual to receive a bachelor of arts degree. Even though Helen Keller has inspired individuals with visual impairments to pursue higher educations, people who are blind or have low vision still face a greater chance of being unemployed than the general public. In fact, the unemployment rate for working age Americans with a vision impairment was higher than 70% in 2016, compared to a general unemployment rate of 4.7% in 2016. When looking at education level, once again the blind and low-vision community falls short, with only 15.7% having a bachelor degree or higher in 2016 compared to 32.5% of the general American population.

So why are the differences between the blind and sighted community so severe when it comes to education? One explanation could be that to this day, many blind and low-vision individuals still experience accessibility barriers in the educational system - many of which have been intensified by classes and tests going online as a result of lock down and quarantine.

Recently a video made by the young college applicant Kaleigh Brendle went viral on Twitter. In the video she explained how the AP exam was inaccessible for blind applicants, as the College Board didn’t offer an accessible alternative to graphs and images. Unfortunately, Kaleigh is not the only one experiencing accessibility barriers. Over the last couple of years, several lawsuits against educational institutions have been filed, the latest against Duke University by a former blind student for discrimination.‍

This all raises questions about whether or not the current educational system is truly inclusive for people with disabilities. Michal Nowicki, a telecom lawyer who attended The University of Illinois at Chicago and The University of Illinois College of Law, says that even though his professors and instructors were good at making accommodations for him, there was no structural approach to making sure the materials were accessible for him. “When I relied on Braille, teachers occasionally forgot to send handouts to my teacher of the visually impaired for transcription in advance. [...] Throughout college and law school, I also received documents in inaccessible formats: most notably, image PDFs. I used OCR software to make these documents accessible”, Michal shares. In these situations, he most often had to find a workaround so that he could access the materials.

Even though Michal generally felt that the proper accommodations were made for him to have a positive university experience, he worries about current college students with a disability due to the new situation of remote learning. “As schools have been transitioning to remote learning solutions, many of them have overlooked accessibility in their rush to resume educational programs”, he explains and continues: “For the upcoming semester and beyond, schools must make sure that all their digital platforms are fully accessible to all students with disabilities. They must also make sure that all course content is fully accessible; Students should not have to convert inaccessible materials to accessible formats themselves.”

So how can educational institutions be more accessible for students with disabilities? According to Michal, the solution is threefold. First of all, the schools need to raise awareness about accessibility internally; “While teachers and professors need not become disability experts, they should, at a minimum, develop a working, practical understanding, of the unique needs of students with disabilities”, Michal explains. Secondly, developers of digital educational solutions should be legally required to undergo thorough accessibility training. Last but not least, schools need to find a systematic approach to students with disabilities. “Schools should openly embrace the reality that ad hoc accommodation is no longer an acceptable approach to providing disability access; people with disabilities now expect accessibility features to be incorporated into mainstream products and services at all stages of the design process”, Michal explains.

It is clear that there are many improvements to be made to the educational systems to make sure that students with disabilities are fully included - and at Be My Eyes we’d love to be a part of it!