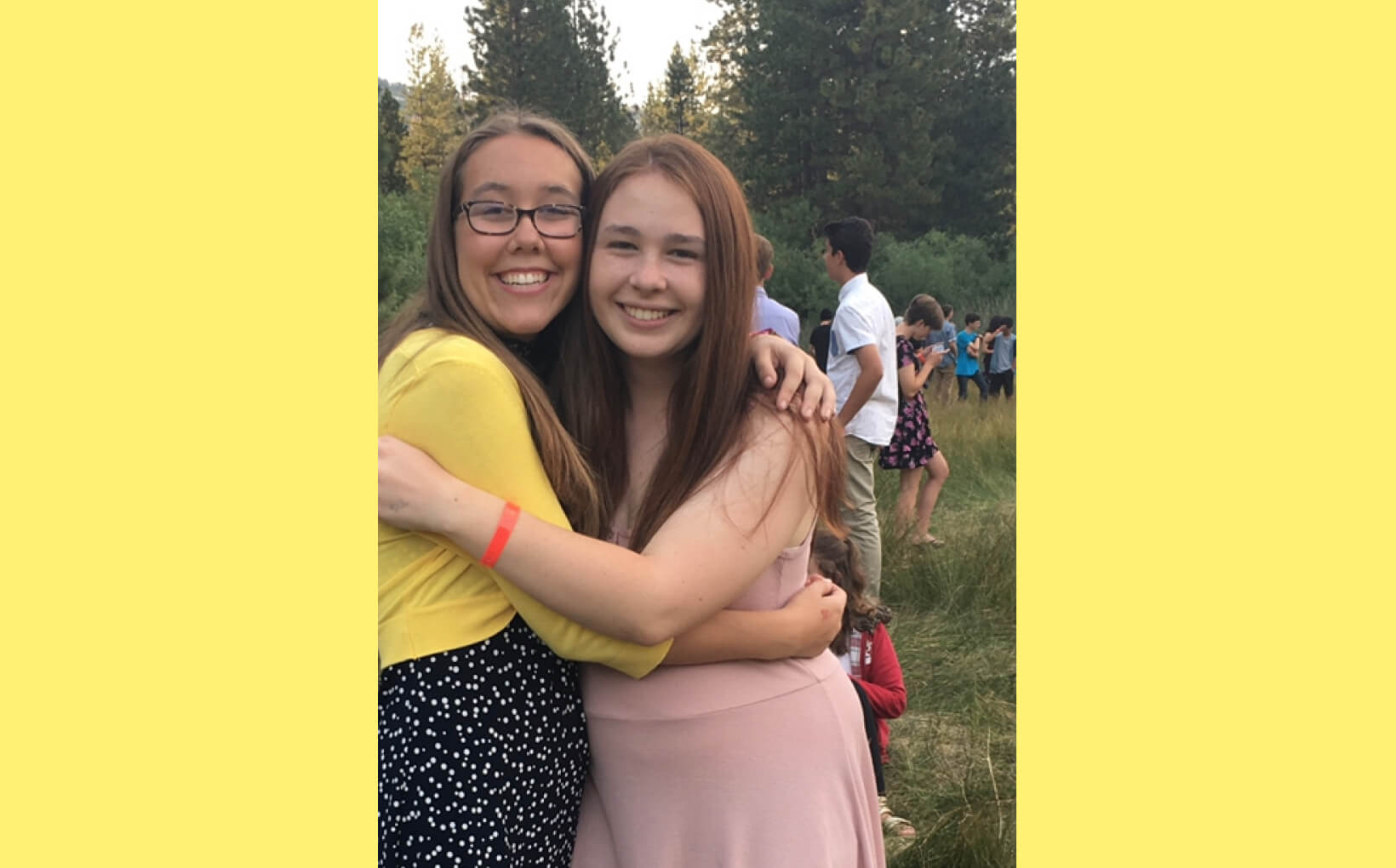 The Kind of Friendship You Learn from

Anna’s phone rang, and she hoped it might be her friend Tatum. Instead, it was a woman she’d never met before. Having a big church event coming up, she needed to find a fitting outfit. “I love style,” says Anna, an 18 year-old Social Work undergraduate student at Azusa Pacific University who gladly spent some time going through options with the woman. Afterwards, she called her friend Tatum who, like the woman on the line, has a visual impairment.

Anna and Tatum’s friendship goes back to the early days of high school – those awkward times when no one feels like they quite fit in.

“I was very, very shy in high school,” says Anna, “I went in not knowing anybody.” Then one day, she was approached by a classmate named Tatum, who invited Anna to sit with her group at lunch. “We called ourselves the Island of the Misfit Toys,” says Anna, “because we really just have this focus on making sure that everyone has a place and that everyone is included.”

Tatum may have been the outgoing one, but even with good friends, having a disability in high school wasn’t always easy. She says even today those misunderstandings linger. “People make comments that are either outrightly mean, or just not focused in the right areas. Or questions that come from a place of not knowing, but can come off as upsetting and hard to handle… If someone is questioning if I really am blind or asks what’s wrong with me, people like [Anna] are incredibly helpful in dealing with that.”
‍

“Be My Eyes has been such a huge freeing thing for me, and I can’t even say enough how much more independence that’s given me in college to say: “I have this piece of homework that I don’t have an accommodation made for”, and feeling like I can just pull out my phone and make that call was such a blessing to me.” - Tatum

But it’s certainly not just Anna helping Tatum. “I’ve grown a lot,” says Anna. “There’s so many things that I’ve learned that I didn’t know before. But I think honestly one of the biggest things… is that her blindness is a part of her – not all of her – but a part of her. A lot of times that’s all people will see, or they’ll completely look past it. It’s something that I see very much how it’s shaped the person that she is, but also not the only part about her. That’s true of everyone, whether they have a disability or not.”

“I initially didn’t have that passion for inclusion and accessibility,” says Anna, “but that’s something Tatum just has this natural eye for.” Influenced by her friendship with Tatum, Anna fought for inclusion and greater accommodations everywhere from their church to school, and has become a true ally instead of just an onlooker.

Though they’re no longer the island they once were, the Misfit Toys have stuck together across geographical boundaries. And even though Anna isn’t by Tatum’s side every day, when Be My Eyes rings, and Anna gets to lend some sight to one of her fellow humans for a few minutes, she feels closer to her friend.