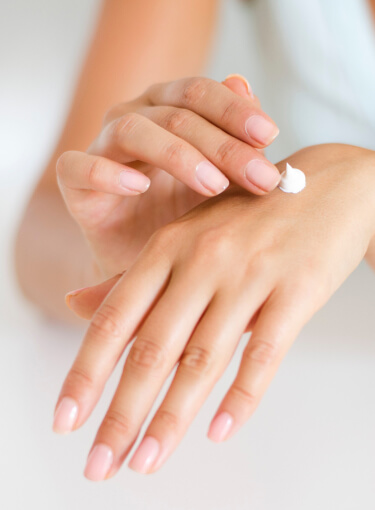 Sarah greatly values her independence and isn’t always keen on asking for help. Blind since birth, she says Be My Eyes revolutionized the way she asks for help. The virtual environment of Be My Eyes boosted Sarah’s confidence and makes asking for help face-to-face less of a hurdle.

Be My Eyes first caught Sarah’s attention when a podcast from the National Council for the Blind in Ireland gave it a shoutout. She was immediately attracted to the idea. The app relieves Sarah’s concern of potentially bothering the same person over and over when calling for assistance; What drew her in was the anonymous aspect of the app and randomized connections to sighted volunteers.

The concept of it is exactly what so many people needed, but for me, I never realized how important it would be to just have a pair of eyes when you need them.

We’re all in a rush most mornings and no one likes to mix up their toiletries. Distinguishing shampoo from conditioner or moisturizer from makeup is something we all want to do with certainty. Sarah loves using Be My Eyes to sort it out.

Washing your hair with conditioner is not a fun experience. Be My Eyes has saved me a lot of stress and a lot of very late mornings to work.

Before walking out the door with a totally different skin tone on her face, Sarah decided to check what bottle of moisturizer she used one morning and opened Be My Eyes. She thankfully figured it out with a volunteer and realized she had used tinted foundation from a bottle her friend had left behind and mistook it as her moisturizer because it felt so similar.

Although little ways, Be My Eyes comes in handy for morning routines. For Sarah, having the option to get some extra help simply makes things run a bit smoother.