Applications for the Holman Prize 2020 are now open!

The Holman Prize for Blind Ambition is annually awarded to three blind individuals to carry out a dream project. Applications for the 2020 Holman Prize open January 15th.
By Cecilie Skou Andersen, Communications Officer 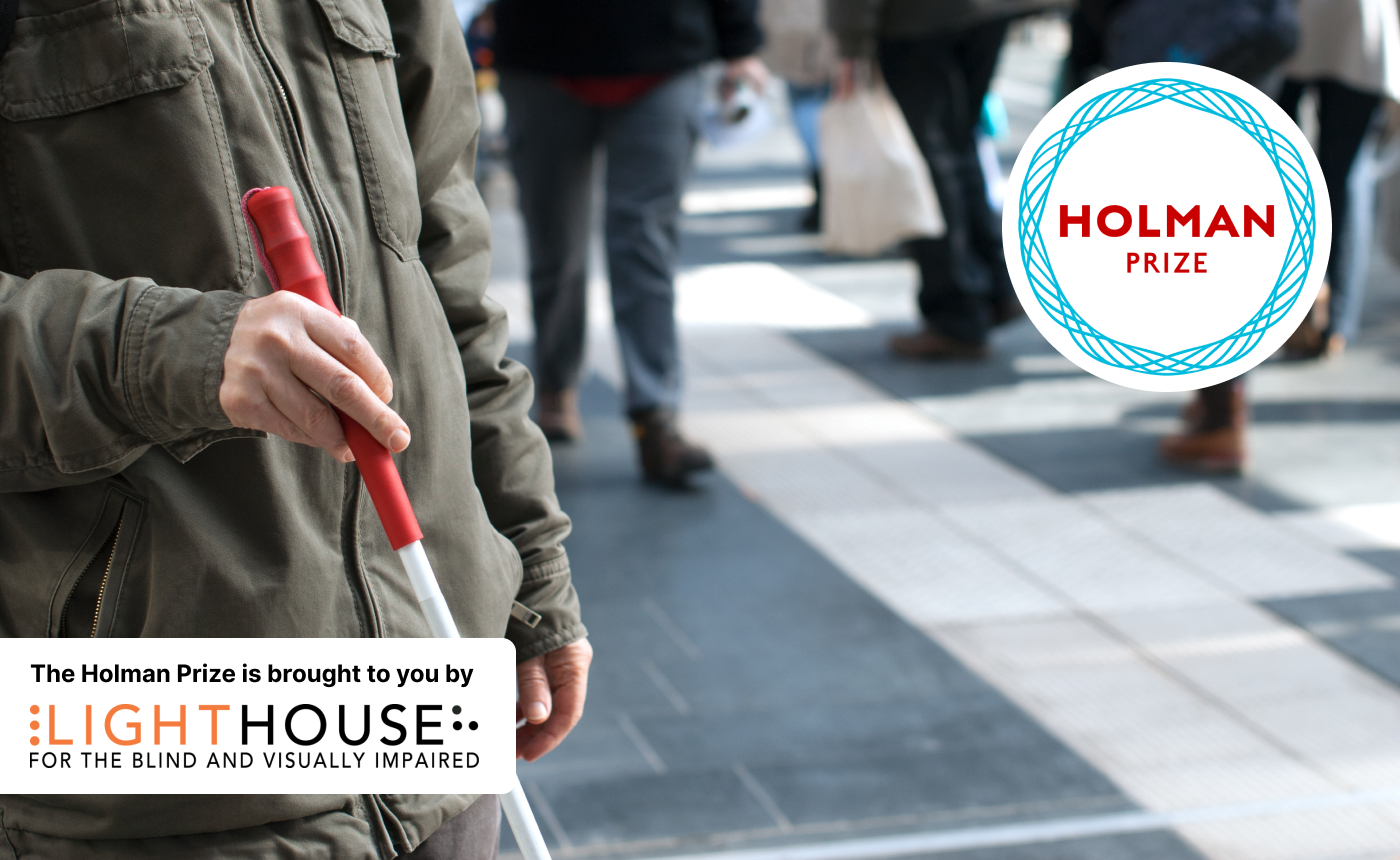 Person holding a white cane. Logo of the Holman Prize and a banner that reads "The Holman Prize is brought to you by Lighthouse for the Blind and Visually Impaired".

From January 15th, applications for the fourth annual Holman Prize for Blind Ambition hosted by Lighthouse for the Blind and Visually Impaired in San Francisco are open. The Holman Prize is named after James Holman, a nineteenth century blind explorer, and is awarded to three blind or legally blind individuals who want to push limits and change perceptions about blindness around the world. Each winner will receive up to $25,000 to fund a project or an adventure that will make an impact.

The winners of the third Holman Prize in 2019 are Alieu Jaiteh from Gambia, Mona Minkara from the US, and Yuma Decaux from Australia. Alieau Jaiteh is the founder of Start Now, a foundation that provides training for blind people in the Banjul area of Gambia. With the Holman Prize he’ll provide 80 people in rural Gambia with rehabilitation training. Mona Minkara teaches bioengineering at Northeastern University in Boston. With the Holman Prize she’s recording a documentary series called ‘Planes, Trains & Canes’, where she navigates and accesses transportation systems in five different cities around the world. Yuma Decaux is the Team Lead of OSeyeris that develops accessible technologies for blind people. Yuma wants to use the Holman Prize to develop an online community to make astronomy accessible for people who are blind and low-vision. Previously winning projects have also included everything from teaching blind people to be beekeepers in Uganda to hosting the first conference in Mexico for blind children and their families led by blind professionals - the possibilities are endless!

Are you blind and do you have a dream project that you’d like to carry out? You should apply for the Holman Prize for Blind Ambition! First step is to submit your 90-second YouTube pitch of your project. Applications close March 15th 2020 at 5:00 PM PST.

We wish all applicants the best of luck!