Blog
Happy Birthday to the Be My Eyes Community!

Happy Birthday to the Be My Eyes Community!

January 15th 2019 marked four years since the Be My Eyes app was launched, and the 4th birthday of the Be My Eyes Community. Thanks to the amazing community, a lot of incredible things has happened in Be My Eyes’ first four years! 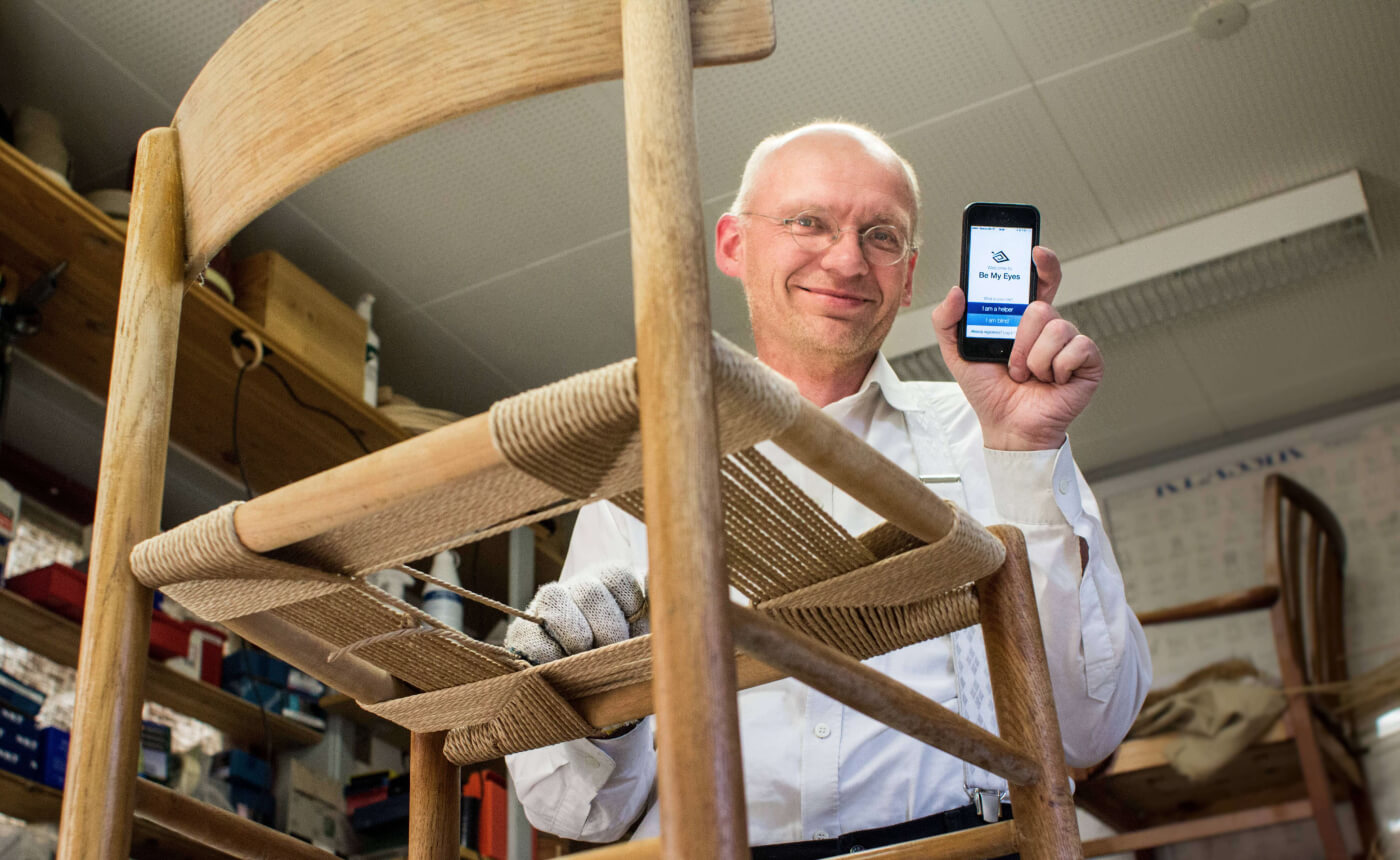 We’re celebrating the 4th birthday of the Be My Eyes app and what, we think, is world’s most incredible community. A lot of amazing things have happened since the launch of Be My Eyes on January 15th 2015, and we want to celebrate this day by sharing some of our favorite highlights from Be My Eyes’ first four years!

Be My Eyes’ first year was kicked off with the launch of the iOS app on January 15th 2015. We couldn’t have asked for a better start, with more than 10,000 downloads on the first day! In the first year, we were also presented with our first bigger award: Best Social Entrepreneurial Tech Startup at Nordic Startup Awards. In October 2015, Be My Eyes received a spot in the Singularity University Accelerator program, working hard towards growing the app and the community.

The second year was dedicated to improving the Be My Eyes app and community. We were honored to receive recognition in the form of winning the category ‘Share Resources’ at Danish Design Awards and the category ‘Healthy Life’ at European Youth Awards.

The Be My Eyes Android app was finally launched during Be My Eyes’ third year. The Android version of the app had been long anticipated and received a very warm welcome! The release of the Android app resulted in Be My Eyes being honored with the title of Google Play Best apps of 2017 in the categories ‘Most Innovative’, ‘Best Daily Helper’, and ‘Hidden Gem’.

Be My Eyes’ fourth year has probably been the biggest so far! In February 2018, we launched the Specialized Help feature with Microsoft as first partnering company, allowing blind and low-vision users to request customer support from Microsoft through Be My Eyes. But Specialized Help was not the only new feature being introduced in Be My Eyes’ fourth year. In March 2018, Community Stories was released - compelling stories giving a look into the Be My Eyes Community. The fourth year was also a year of honorable recognition. From ‘Best Accessibility Experience’ at Google Play Awards, to the ‘Dr. Jacob Bolotin Award’ presented by the NFB and the ‘AbilityNet Accessibility Award’ at the Tech4Good Awards. Probably the most amazing thing happening in the fourth year is the community milestones we’ve been able to achieve with the help of all of you. The Be My Eyes Community now consists of more than 100,000 blind and low-vision users and more than 1.8 million volunteers.

Everyday, sighted volunteers from around the globe help make a difference in the lives of people who are blind or have a low level of vision. We’re very proud of what this community has been able to achieve in these four years - and look forward to the next four! So, thank you all for being a part of the Be My Eyes Community and happy birthday to you!